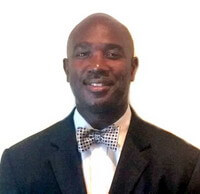 Tony Alan Campbell, Sr. was born in Queens, NY on September 30, 1965 to Tommie and Barbara Campbell. He is the oldest of six children. As a child, he attended Boone Trail Elementary School and graduated in 1983 from Western Harnett High School. As a student, Tony participated in a variety of sports and activities such as wrestling, track and field, cross country, tennis and baseball. Tony continued his education at Harris Barber College and became a licensed barber in that same year. He is currently employed at the VA Medical Center in Fayetteville, NC where he has served as the hospital’s barber since 1990. Tony began working with Dafford Funeral Home, Inc. in 2014. He is married to Gwen Campbell and they have three children: Antoinette, Veronica and Tony Jr. Tony has an immense passion for life, people, God, and ministry. He currently serves as a Deacon and in countless other capacities at Victory Tabernacle in Lillington, NC. He has served as a member of Fathers in Action, sponsored by the NC Cooperative Extension Service. He organized the Tomcats basketball team, winning many community tournaments; participated in numerous homeless standowns; served as a recreational basketball coach; as well as, a mentor to boys and young men. Tony’s work extends to the hearts of the many people whom he has inspired. He often says that Les Brown is the Motivator, but that he is “The Inspirator".