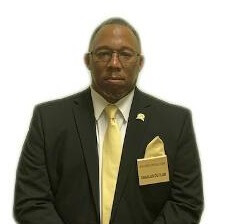 Charles is the son of Alma Outlaw and the late Charles Vann Outlaw, Sr. He is a 1987 graduate of Ahoskie High School in Ahoskie, NC. He later enrolled in Criminal Justice in the State of Virginia, where he received his degree in Criminal Law. Later, he moved to Fayetteville, NC where he met the love of his life, his wife, Gloria M. Outlaw. Together, they have four children; Nicole, Kenneth, Charles Jr, and Adrian. They also have a total of thirteen grandchildren and three great grandchildren.

He is employed with Southeastern Freight Line in Fayetteville, NC. Charles began working with Dafford Funeral Home, Inc. in 2021.

He is a member of Victory Tabernacle in Lillington, NC. Charles serves on the Usher Board, Kitchen Committee and Sound Booth. Charles enjoys football and drag racing.